Combining, sharing and adapting knowledge and experience to solve problems more effectively is a hallmark of good palliative care.

Marius Čiurlionis is Head of Nursing, Palliative Medicine and Social Care Clinic, VšĮ Centro Poliklinika, Vilnius in Lithuania, and is also a founding member of the Baltic Palliative Care Association. Here, Marius explains how the Association aims to bring together the expertise from across Estonia, Latvia and Lithuania to improve and develop palliative care throughout the region.

The Baltic States are located in the North Eastern region of Europe on the shores of the Baltic Sea, which gives the region its name. The region contains the countries of Estonia, Latvia and Lithuania, all of which share a similar history.

Topical issues in the region are similar in all of the Baltic States.Common development, the overall economic situation and policies are the key to growth and advancement, followed by the population’s high expectation of employment, social life and healthcare services. It is well known that population ageing is a general process across the European Union and the Baltic countries are no exception in this respect.

The first steps toward palliative care were taken a few decades ago. A combination of the ageing population with higher incomes, increased healthcare standards, new technologies and effective treatments enabled professionals to discover and develop a new approach to pain and symptom management. This approach took account of the multi-layered nature of suffering. Through the years of practice, the need for psychological, spiritual and emotional support for patients with life-threatening diseases and their families was recognised.

During the last decade, several policies and changes in the law have been introduced in order to improve the quality of life and develop comprehensive palliative services that include inpatient wards, home care services, and bereavement support.

To have a better picture of the role of palliative care in the Baltic States we need to take a look at the age-standardised death rates among males and females in Estonia, Latvia, and Lithuania compared with EU-28 (Member States of the European Union). 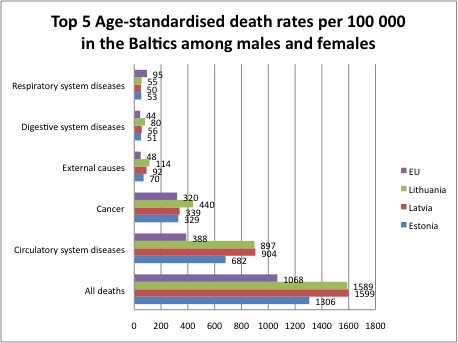 In order to estimate the actual need of palliative care and ensure far-reaching and appropriate service development, it is important to understand the similarities and differences in the region. It was recognized by healthcare providers working in palliative care that consolidation could bring potential benefits to the Baltics while developing palliative care.

In 2017, a group of palliative care professionals proposed the creation of a Baltic Palliative Care Association. The aim was to unite medical professionals and non-professionals from across the region who wanted to improve palliative care through prevention and relief of suffering for patients and families through education and medical standards of care. 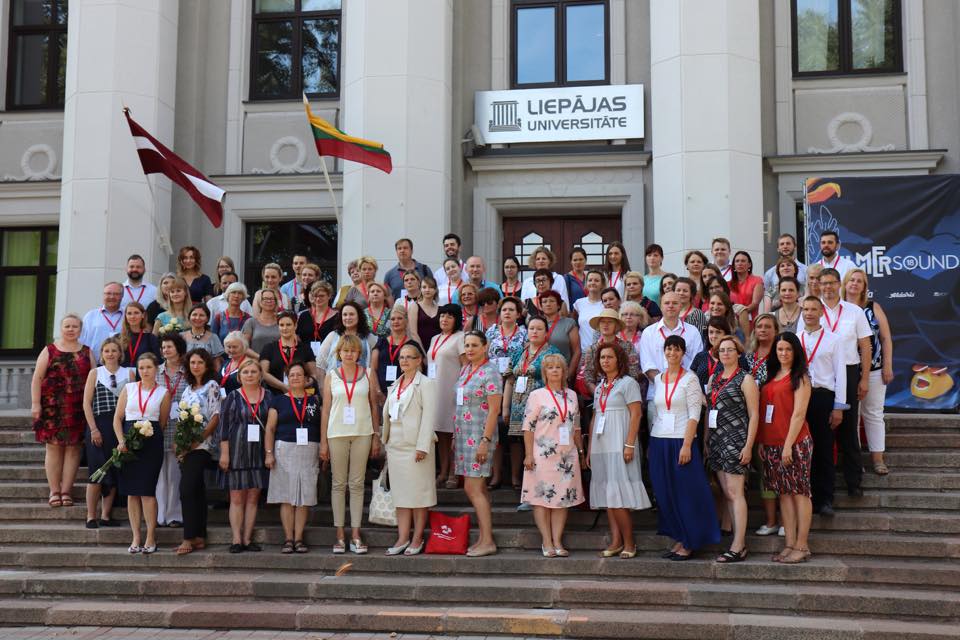 The first Baltic Palliative Care Specialists Conference, 3 to 5 August 2018, was held in the Latvian town of Liepaja.

In August 2018, we held the first Baltic Palliative Care Specialists Conference in the Latvian town of Liepaja – the first time an event of this magnitude had been organised in the Baltic States. The conference included palliative care practitioners and other health and social care professionals from Estonia, Latvia and Lithuania, as well as leading palliative care practitioners from other countries in the North Eastern region of Europe.

The Baltic Palliative Care Association (BPCA) is about to become a regional non-profit, organisation dedicated to the promotion and development of palliative care. The main goal of the association is to improve the quality of life of patients with advanced, life-threatening conditions and their families through collaboration: to combine our knowledge and experience to solve problems more effectively, systemically and on a larger scale.

We use cookies to ensure that we give you the best experience on our website. If you continue to use this site we will assume that you are happy with it.OkPrivacy policy